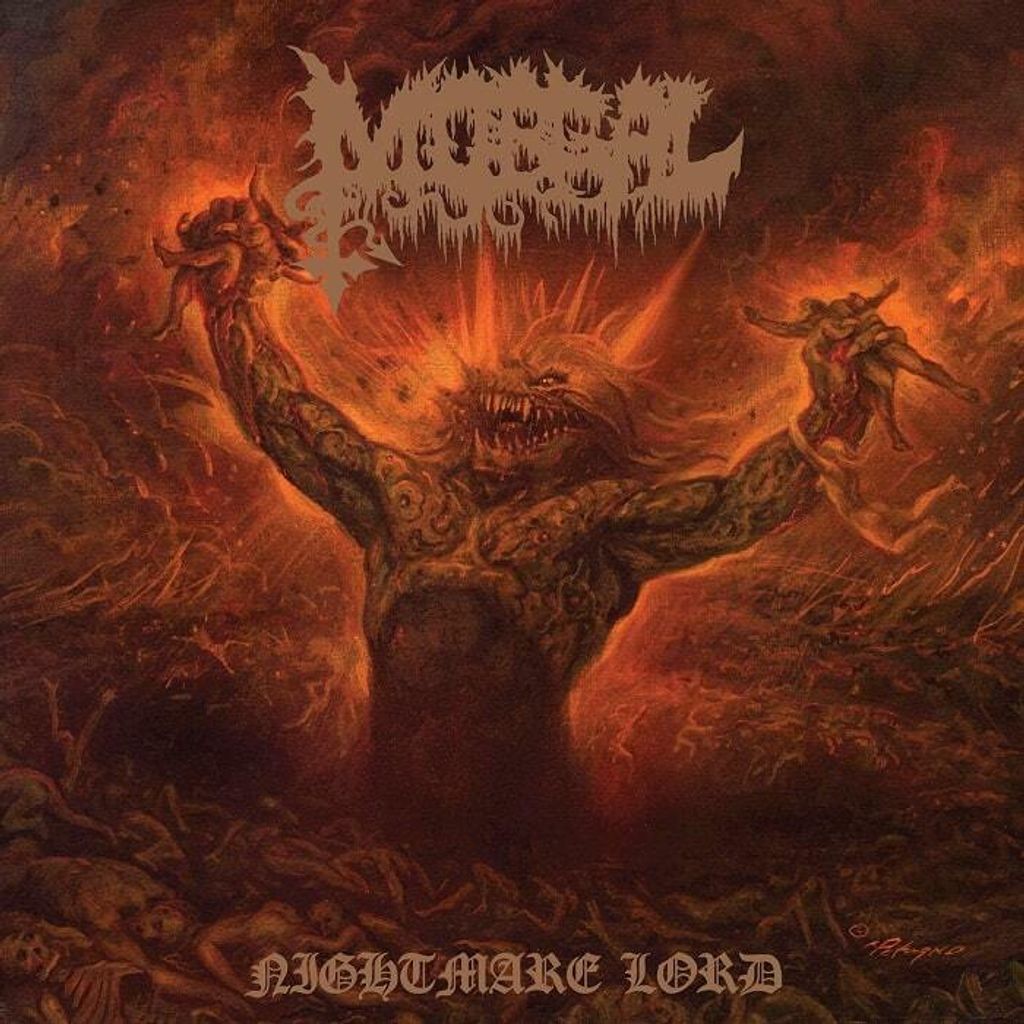 Alas, the wait is over, and now arrives MORGAL's long-awaited first full-length, Nightmare Lord. (2016's Kaarmesielu was released in an edition of only 20 copies and, despite its length, is not considered by the band to be their debut album.) Refreshingly "new" and old simultaneously, Nightmare Lord literally explodes with an electrifying energy that's startling to behold while beholden equally to the ancient ways of '90s black metal, particularly the more melodic end of such. So, while names like Nifelheim, Dissection, Lord Belial, Sacramentum, and even Bewitched and Raise Hell are invoked, they serve as touchstones for MORGAL's blistering, bewitching attack rather than tired tropes to rape further. And where the power-trio previously sounded quite literally off the rails, that attack here has tightened up considerably whilst allowing those maniacal, hysterical energies to run riot; the production, in kind, is clear and cutting and undeniably analog. More than that, each of Nightmare Lord's seven central songs is more anthemic than the last, black-leather bat-wings enclosed around sulfurous heavy metal MAGICK. All told, a chain-breaking, sword-drawing, spell-invoking experience that's velvety blue-purple in spirit but unironically ringed in flames - not for nothing did the legendary Joe Petagno grace Nightmare Lord with exclusive cover artwork.