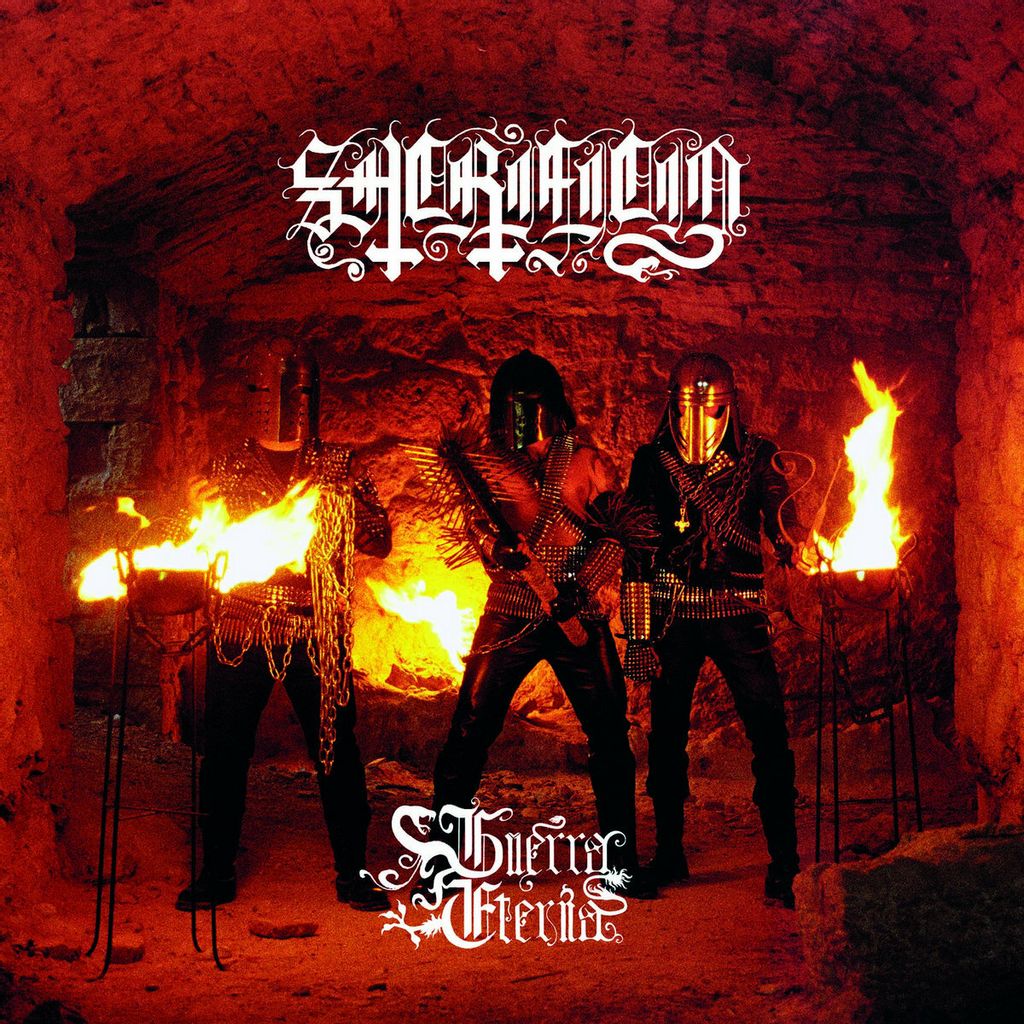 Before the eventual diaspora of the Second Wave of Black Metal, whose sound was in large part popularized by a handful of now-classic Norwegian bands, the subgenre of black metal was much less readily-defined due to its lack of adherence to a strict subset of features common among all of its practitioners.  Although they all took cues from a few common influences, the strains of black metal that emerged in the mid-to-late 1980s in such regions as Western Europe, Eastern Europe, South America, and North America, did so mostly independently, without the shared conveniences of modern mass communication that nowadays lead to more uniformity and result in a somewhat predictable homogenization of blast beats and tremolo-picked guitar riffs.  Beginning with its self-titled 2014 demo/MLP, Spain’s Sacrificio has sought to channel the barbaric spirit of the original black metal gods and thus recapture the essence of an art that has largely been diluted by a rather formulaic recipe in more recent times.  Now, with Sacrificio’s debut album, “Guerra Eterna,” hereby released under the joint banner of Nuclear War Now! and Iron Bonehead Productions, this Spanish cult’s crusade of strict black metal conservationism is fully realized.  The purposeful anachronism of “Guerra Eterna” draws on the influences of archetypal bands such as Bathory, Sodom, Hellhammer, Tormentor, and Sarcofago to achieve a product that both pays homage to its ancestors and creates something unique through a recombination of elements that were particular to the individual bands of this conglomerate.  Of all of its most discernible influences, “Guerra Eterna” perhaps most easily can be associated with “The Return…”-era Bathory in terms of its epic song structures and resonant atmospheres.  Meanwhile, throughout its many mid-tempo segments in particular, the rotundity and tone of the guitar riffs and bass lines are notably reminiscent of Hellhammer, whereas the faster tempos and vocal deliveries often hint at the unhinged ferocity of ancient Brazilian black metal, as it was typified by Sarcofago and Vulcano.  In case these ingredients alone were not enough to satiate one’s appetite for ancient black metal, Sacrificio demonstrates that its worship of the early breeds of this dark art results not from a lack of instrumental competence.  Instead, Juan C. Deus proves himself to be quite proficient in the conflagrant variety of guitar leads that cause some to categorize early Sodom as thrash instead of black metal.  Finally, but not least significantly, Sacrificio has chosen to eschew more modern trends in recording equipment and production in its desire to emphasize fullness of effect over sterilized crispness.  The combined sum of these parts reaffirms the timelessness of the original black metal movement and proves that, given the requisite dedication to an archaic craft forgotten by many, it is in fact possible to recapture and thus further the scope of influence of a bygone era.