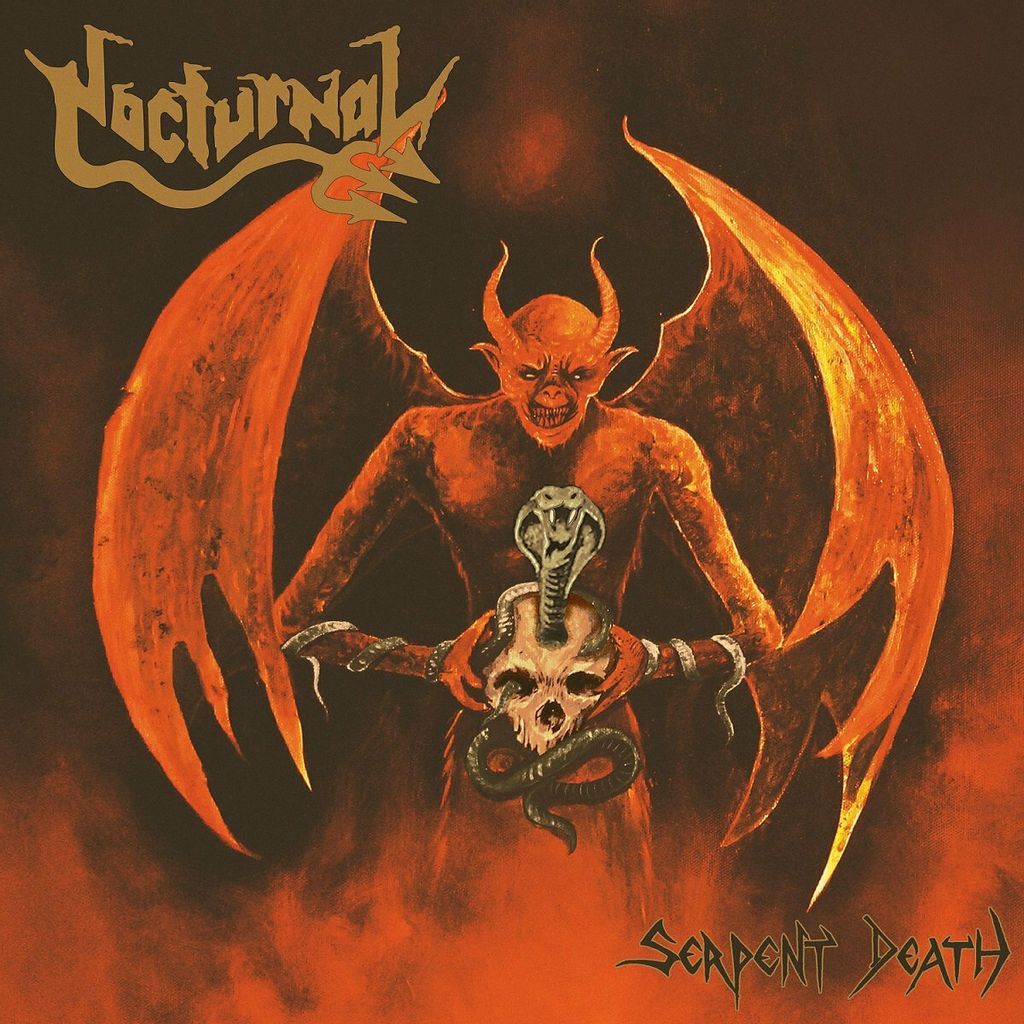 A veritable institution, NOCTURNAL have been flying the flag of hate and inciting a riot of violence since the year 2000. Helmed by founding guitarist Avenger (whose other credits are far too vast to list here), NOCTURNAL set about their prolific course with a flurry of demo tapes and splits with the likes of Nunslaughter, Vomitor, Bestial Mockery, and Toxic Holocaust among others, all culminating in their momentous Arrival of the Carnivore debut album in 2005. Back then, hailing the old Teutonic gods of thrash – namely the “Big Three” of Sodom, Kreator, and Destruction, but not withstanding Deathrow, Assassin, Exumer, Darkness, Violent Force, and Necronomicon as well as Razor and early Sepultura abroad – was rather unfashionable, but it was NOCTURNAL who had the last laugh, as the second worldwide thrash resurgence was about to begin, and there they stood, undaunted and defiant.