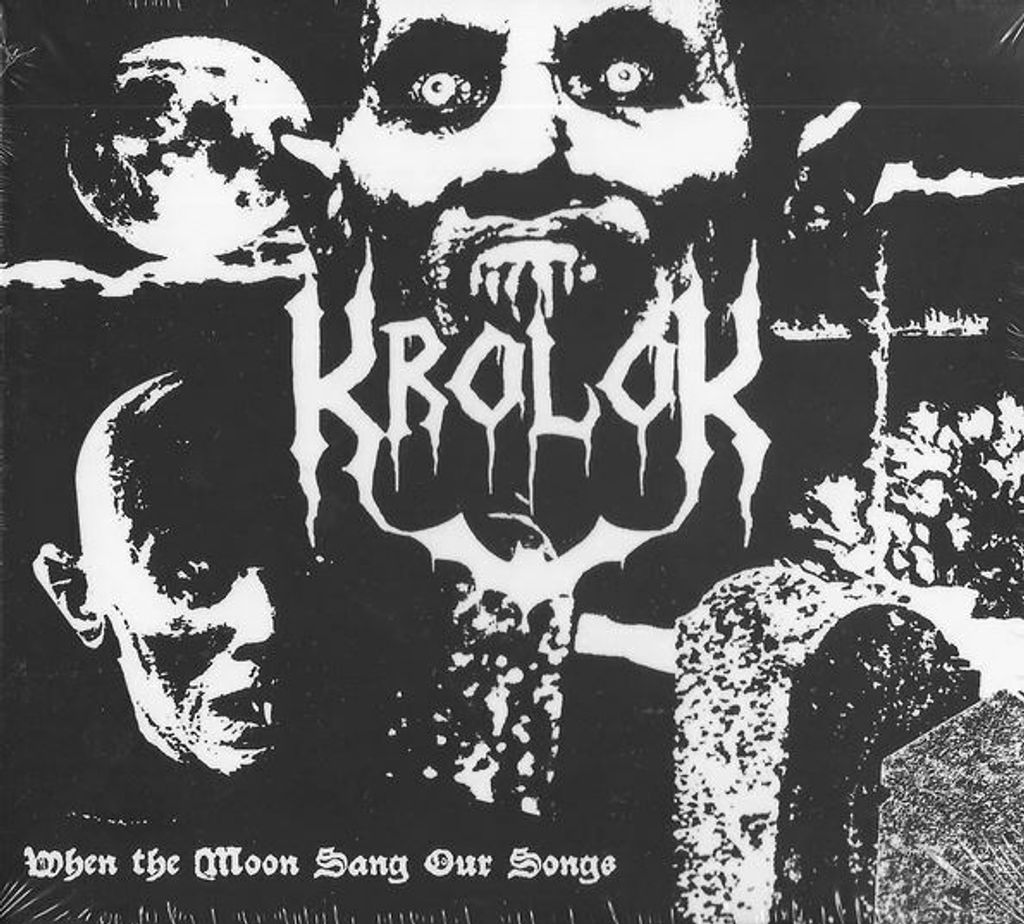 KROLOK When The Moon Sang Our Songs DIGIPAK CD

INFERNA PROFUNDUS RECORDS is proud to present KROLOK's debut demo, When the Moon Sang Our Songs, on digipack CD format. Formed in 2011, KROLOK hail from Slovakia and include members from the critically acclaimed Malokarpatan, who are soon touring the United States with Negative Plane. But back in 2014, KROLOK quietly and clandestinely released a gem of a demo in When the Moon Sang Our Songs - so clandestine, in fact, it was only released in an edition of 24 copies. However, the quality of its songs are so eternal and so bewitching, INFERNA PROFUNDUS simply had to release a wider edition of it.

Steeped in the mysticism of ancient, second-wave black metal from the early '90s, KROLOK's When the Moon Sang Our Songs possesses an otherworldly aspect like few other "black metal" recordings during this all-too-modern era. Its dungeon-entrenched atmosphere is impossibly distant yet all too palpable, creeping up on the listener unassumingly before entrancing with a uniquely desiccated physically. It very literally feels and sounds OLD, like the innermost tombs of a gloomy, long-abandoned castle from medieval times. Fittingly, it was all recorded by KROLOK during one magical night; not for nothing do they cover very early Carpathian Forest here. Kindred spirits, in the strictest definition of "spirits"...

The past is very much alive When the Moon Sang Our Songs - wander among the twilight with KROLOK!