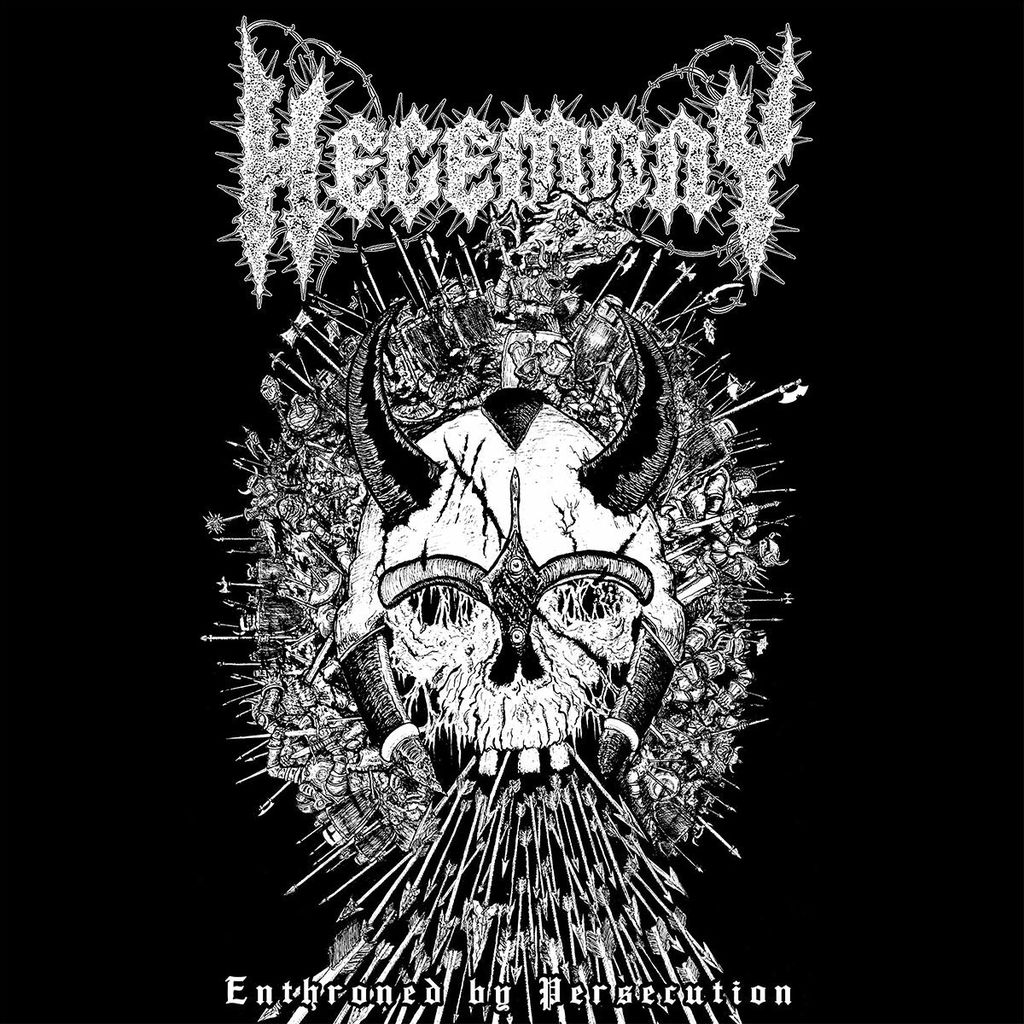 Hailing from Alabama, the four members of HEGEMONY - drummer Ruination Wielder, bassist Primordial Dominator, guitarist Barbaric Progenitor, and vocalist Fanatical Deathtitan - formed in 2015 and released their first demo a year later. Although a then-brand-new entity, the members of HEGEMONY possess a wealth of experience in other southern US bands, and that experience for sure showed on Demo MMXVI: a foul explosion of filth, bestial metal savagery executed with exacting cruelty. Not surprising that its three component songs are titled "No Throne Left to Topple," "Driven by Hedonistic Vice," and "Fist of Heretical Triumph."

With those latter two songs reprised for their debut album, Enthroned by Persecution, HEGEMONY nevertheless strike upon newer, uglier territory here. Still unrepentantly and punishingly physical, here HEGEMONY move away from the more familiar bestial metal tropes as profferred by such bands as Bestial Raids and earlier Demonomancy and instead drive deeply into the idiom's most viscous underbelly, bringing to the fore their latent death metal muscle and dragging everything down into caverns most doomed, dire, and disgusting. Arguably more world-eating than before, HEGEMONY's ripped 'n' roiling attack is now more reminiscent of such overlooked bestial touchstones as Finland's Belial and Mythos, Incantation's earliest work, and especially '90s Demoncy. As such, alongside labelmates ABYSMAL LORD's Exaltation of the Infernal Cabal, with Enthroned by Persecution are HEGEMONY standing at the forefront of the American South's rising bestial metal vanguard.

South of Heaven, below Hell, become Enthroned by Persecution with HEGEMONY!