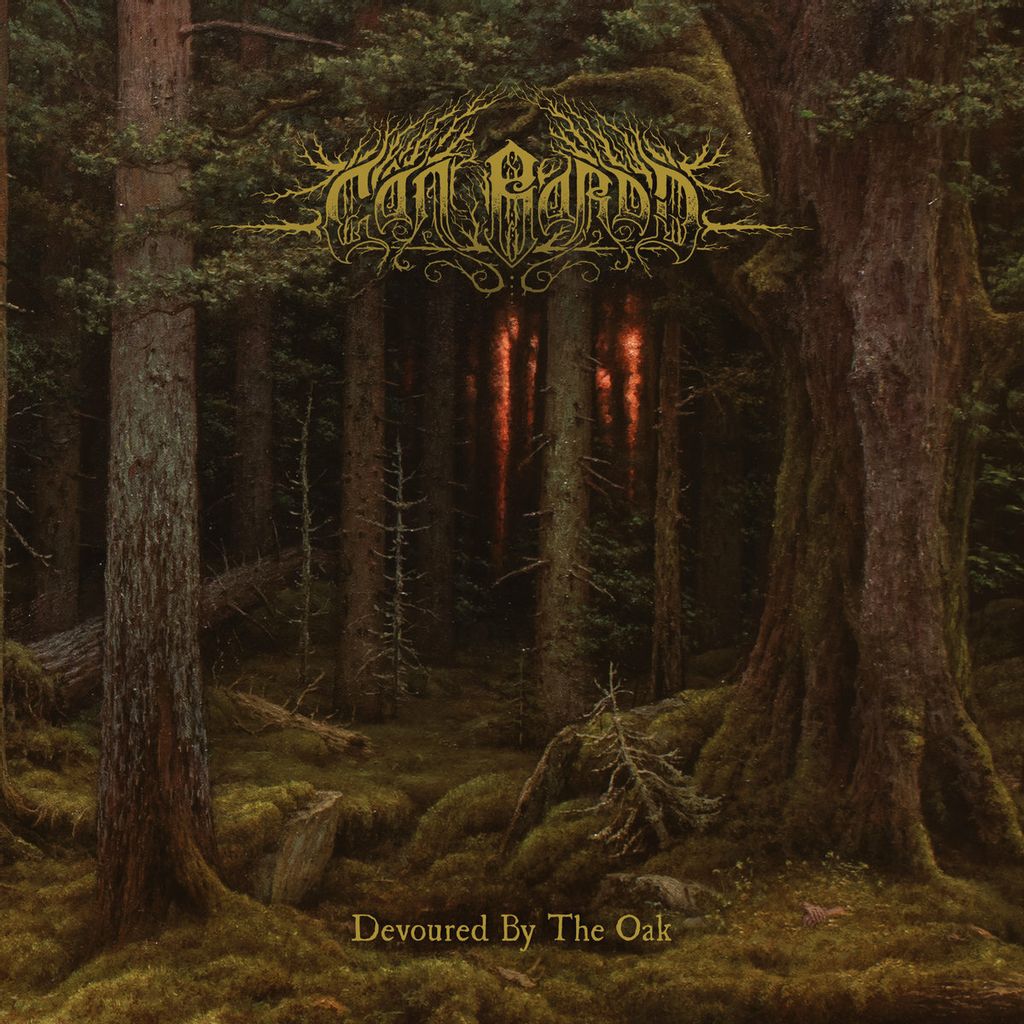 CAN BARDD Devoured by The Oak CD

Influenced by bands such as Caladan Brood, Elderwind, Saor and Gallowbraid, Cân Bardd was founded in 2016 as a one-man project by then 18 year old Malo Civelli from Switzerland, with the purpose of creating an outlet for his feelings and ideas that would be at once heavy and aggressive, yet also melodic and atmospheric. Dylan Watson later joined him as permanent drummer.

With the first two albums Cân Bardd already managed to enthrall a lot of fans in the Atmospheric Black Metal community, and with “Devoured by the Oak” the band set their sights even higher.

The goal was to create a perfect blend of the strengths of the first two albums - the ambience, textures and atmosphere of the debut, and the composition and quality of the sophomore album, culminating in a more mature sound and a more intense experience for the listener.