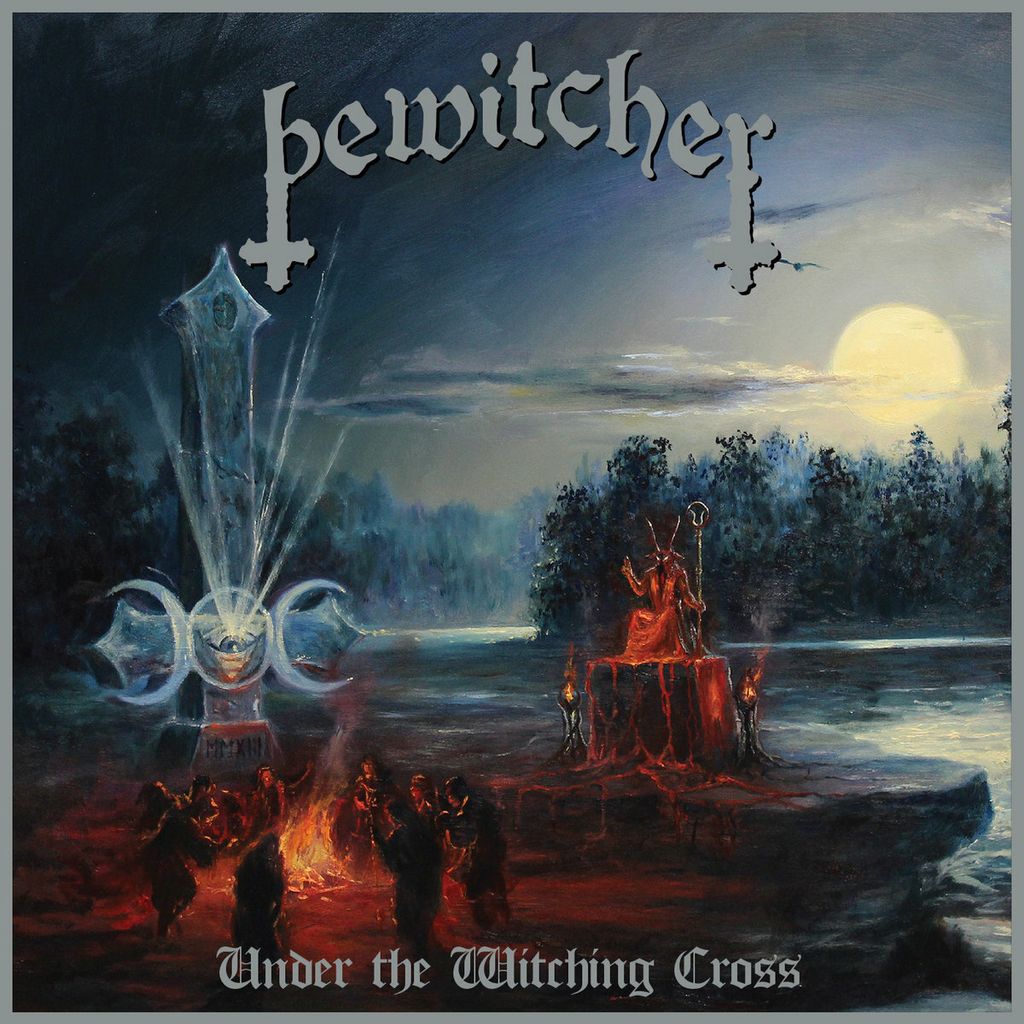 BEWITCHER Under The Witching Cross CD

As presaged by their Too Fast for the Flames 7" on SHADOW KINGDOM in early 2019, BEWITCHER are leaner and especially meaner than ever! The power-trio built their name in the underground on the back of three cult demos and especially their self-titled debut album in 2016, and now arrives Under the Witching Cross to present the band in their crudest 'n' rudest form: Rough 'n' rowdy speed metal of a most classic '80s aspect, with a touch of good, old-fashioned EVIL the way Venom and early Razor did it way back in the day.

In fact, one could say BEWITCHER are a veritable time-machine of enviable, unbelievable proportions - except you look at the calendar and realize you're living in the present! But BEWITCHER don't give a fuck, and proceed to pulverize you with POUNDING METAL, one anthem after another, on the eight-anthem/33-minute Under the Witching Cross. We can also mention Celtic Frost, early Sodom, Exciter, and even a touch of Dissection as ever-honorable influences here, so you know BEWITCHER are the absolute Real Deal! But the band's also highly recommended for maniacs of MIDNIGHT, BAT, POUNDER, CHAINBREAKER, and Italy's BARBARIAN.