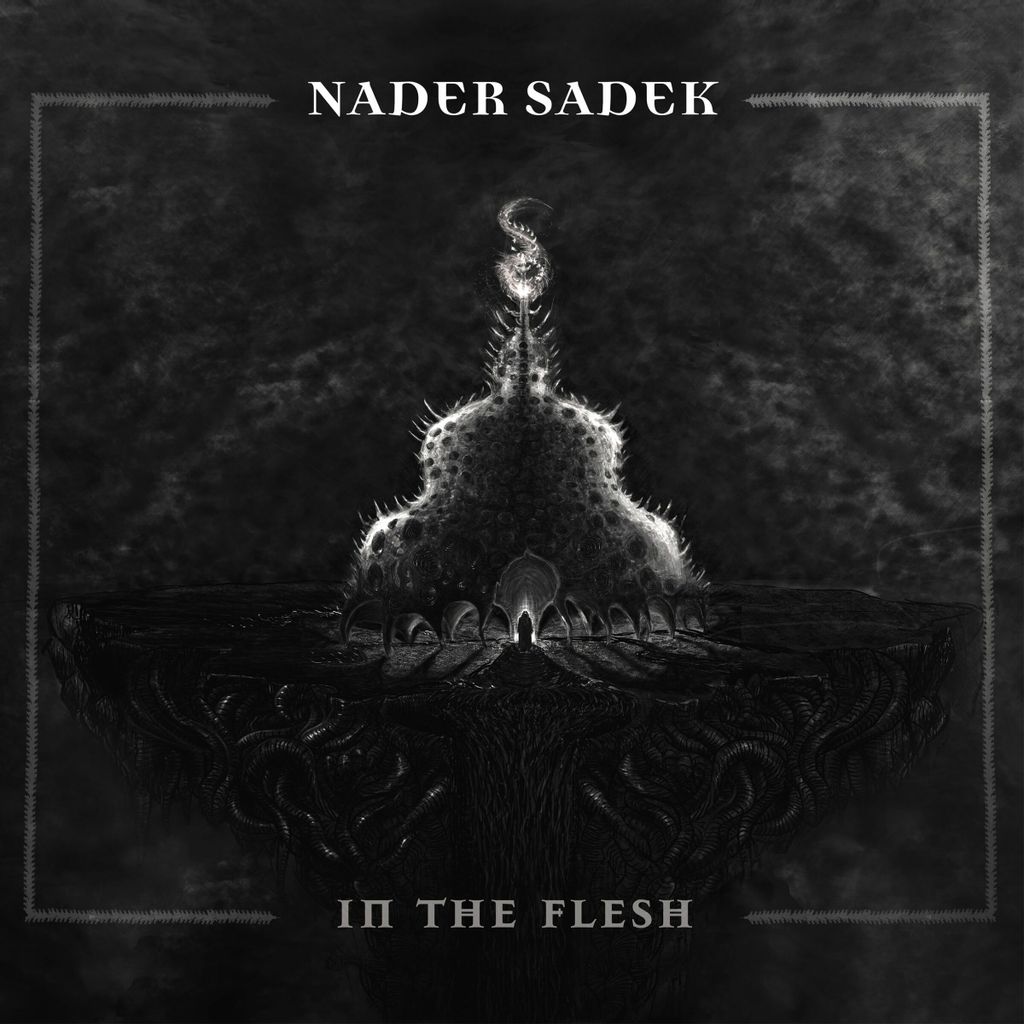 Svart Records, Gatefold sleeve, Limited clear vinyl In the Flesh is the brainchild of Egyptian-born, New York-based conceptual artist Nader Sadek. Known for his impressively twisted sculptures, masks, and installations used for example by bands such as MAYHEM and SUNN O))), Sadek is now venturing into the realm of recorded music- including songwriting credits on this album! The band NADER SADEK emerges out of a collaboration between Sadek and some of extreme musics most talented artists with its core made up out of songwriter/vocalist Steve Tucker (ex-MORBID ANGEL), CRYPTOPSY drummer Flo Mounier and Norwegian composer/guitarist Rune Eriksen (AVA INFERI, ex-MAYHEM). A host of guest-appearances lends additional weight to the musical impact of In the Flesh by leading artists such as Attila Csihar (MAYHEM), Travis Ryan (CATTLE DECAPITATION), Tony Norman (MONSTROSITY), Descructhor (MORBID ANGEL), and Nick McMaster (KRALLICE). In the Flesh is firmly based on a technically masterfully executed unique style of Death Metal with a pitch black twist that creates a multi-cultural symphonic abyss where melody and corrosion meet. As a work conceptual art In the Flesh is best explained like this: NADER SADEK invite you on a journey to the depths of the earth, where substances of a repulsive nature dwell. Beneath the earths crust, over millions of years creatures have disintegrated and decayed until taking on ghastly new life as petroleum. Like a return of the undead, petroleum and its derivates have wrought cross-cultural conflict, environmental pollution, and economic distress. With a visual and aural assault, Sadeks new work In The Flesh re-interprets petroleums sinister insinuation into our everyday lives. Nine songs and a series of original drawings video works explore several aspects of the commodified resource we find ourselves fatally dependent on. In the Flesh exploits the sonic links between death metal and gasoline-dependent heavy machinery such as automobile and airplane engines. These links shaped the process of musical composition itself: The album opener, Petrophilia, kicks in with a sound evoking an engine starting up. Another song, Of This Flesh (novus deus), follows the sonic structure of a car shifting gears. While continuing to link musical composition to mechanical transformations, other songs depart from engine-based references. The outro to the album, Nigredo in Necromance which is already accompanied by a video, dwells on an individuals recognition that he must die in order to reunite with his deceased lover. The song riffs on the life-in-death of an oil-drenched society, as the lovers reunite in their decomposition and rebirth as petroleum. This theme also drives the track Mechanic Idolatry, which channels the uncanny thrust of Sadeks recent artistic output, as live human beings provide the fuel for machines transforming themselves into flesh.