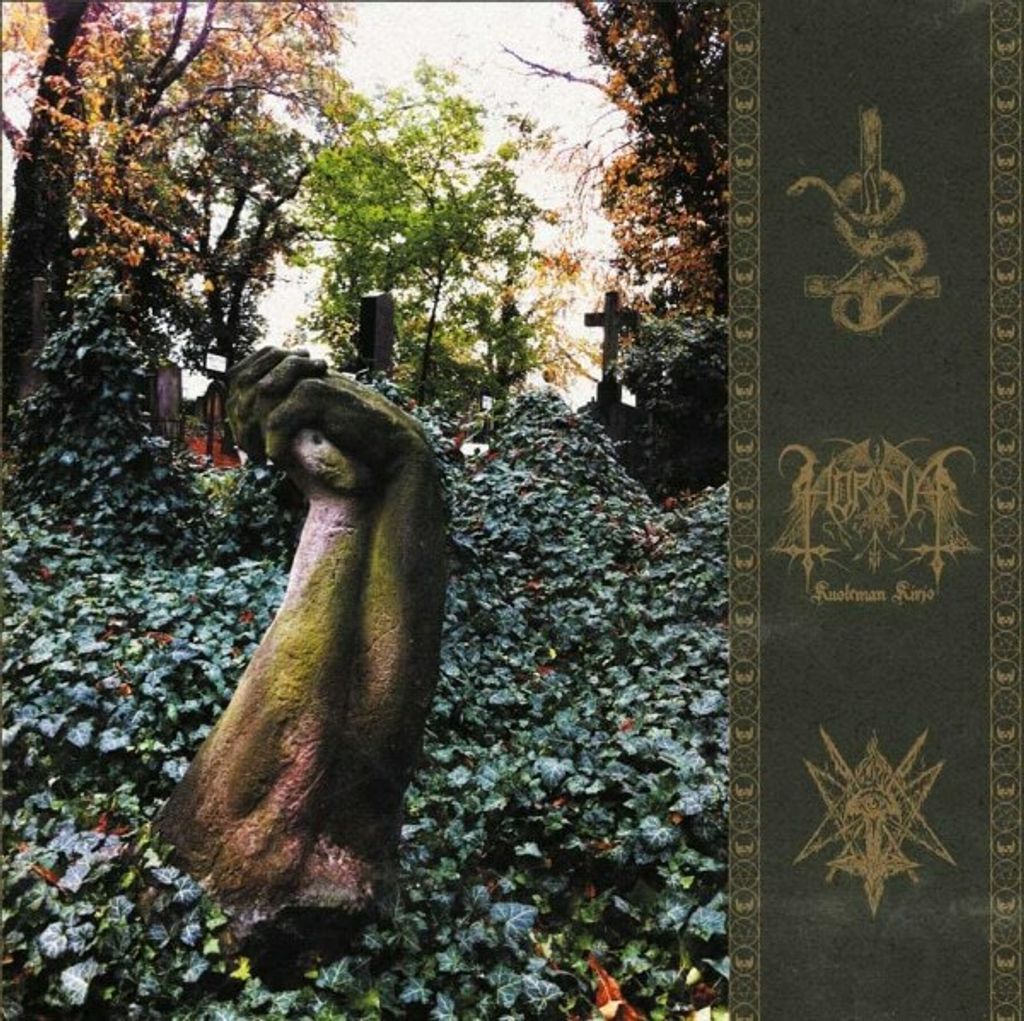 While it's been five long years between full-lengths, Horna have kept busy on the live front and, of course, hailing the ancient ways through splits, EPs, and even a live album and a Japanese-exclusive recording. In that interim, too, the lineup has shifted once again, with Shatraug and equally long-standing vocalist Spellgoth and guitarist Infection remaining, and the arrival of drummer LRH and bassist VnoM making their first recorded Horna album appearance with Kuoleman Kirjo. As can be expected, this lineup shift has reinvigorated the band, but also underlines how enduring and singular the Horna sound is. The preceding Hengen Tulet, released in 2015 via W.T.C., retained a foully headbanging aesthetic - well, as much as Horna can be conventionally "headbanging" anyway - with a nightsky melodicism coursing through those chilling veins. No less chilling, if not more so, Kuoleman Kirjo takes on an altogether-moodier aspect, with tempos remaining nearly as fast but the riffing of Shatraug and Infection showing a more contemplative side - somber at times, folky at others, but righteously classic in a most '90s manner. In fact, one could compare Kuoleman Kirjo to early Horna touchstones as Kohti yhdeksän nousua and especially Haudankylmyyden mailla, but in a more streamlined form - and one more asskicking, as per this lineup's utterly tyrannical stature onstage.