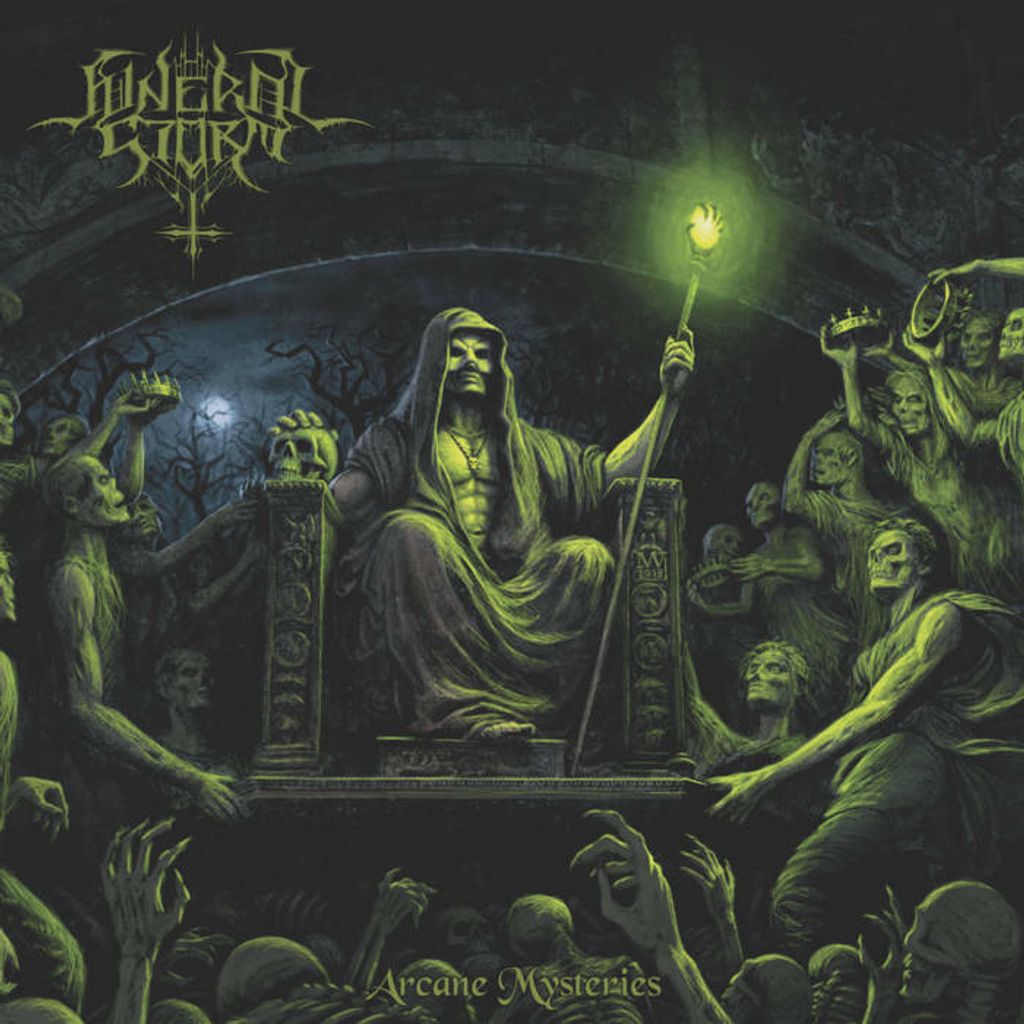 FUNERAL STORM was formed in 2001 by Wampyrion Markhor Necrowolf under the name Raven Throne as a one-man-project. The name was later changed for legal reasons, and after several changes, the moniker FUNERAL STORM was chosen. Lyrical themes were set early on, and are heavily inspired by occultism, legends, myths, evil, mysteries, horror, and the Cthulhu mythos.

After several lineup changes and one live show, Wampyrion decided to stop any activities concerning the band until 2012, where he released a digital split with Mortuus Sum and a six-way split on tape format with Human Serpent, Thaer Os Valael, Opus Magorum, Silent Dominion, and Varg Order a year later under his label Abyssic Black Cult Records.

FUNERAL STORM were active again with the addition of members of Serpent Path. In 2016, Mercyful Hell Productions released a compilation with songs that cover most of the years of FUNERAL STORM that were never actually released. In the meantime, Wampyrion decided to change the sound of the band, now fully inspired by '90s Greek black metal.

Nick Christogiannis of Deviser and Necroabyssious of Varathron/Katavasia/Zaratus then joined as fulltime members. With this lineup, FUNERAL STORM released a split in early 2017 with Celestial Rite entitled Funeral Rite with Eskarth of AGATUS performing acoustic guitars and a solo on the song "Martyr Of The Lake." Reaping international acclaim, Funeral Rite was released on 12" vinyl and CD formats by Iron Bonehead, while Mercyful Hell released the tape format.

Since signing with HELLS HEADBANGERS, FUNERAL STORM added Arcania (Aherusia) on guitars while Christogiannis depart, and the band promptly set to work on their first full-length record. Ever aptly titled Arcane Mysteries, the album proudly and poignantly delivers 43 minutes of atmospheric tartaric black metal in the vein of the old Hellenic scene, inspired by sorcery, magic, and myths. Indeed, FUNERAL STORM are ancient souls, eschewing the nowadays trends of dissonant non-songwriting and cavernous obfuscation in favor of traditionally epic and dynamic songcraft, reverent to the old Hellenic gods whilst forging terrain all their own, all wrapped in a robust production that powerfully captures the trio's overt physicality - and indeed, THAT classic pulse. Arcane Mysteries is truly a record that brims with a timeless atmosphere - truly, one of arcane mysteries - and safely avoids lazy "throwback status" due to the inclusion of scene veteran Necroabyssious on vocals and the era-authentic, ever-mystical synths, handled by both Wampyrion and Arcania. In short, it's an album more than worthy of the legendary early '90s wave of Greek black metal.

To further underline those classic ties, Arcane Mysteries features two special guests: Eskarth of fellow HELLS HEADBANGERS labelmates AGATUS performed the solo and acoustic guitars on "Martyr of the Lake," and The Magus of Necromantia/Prinicipality Of Hell composed, recorded, mixed, and mastered "Wandering Through The Abyss." Completed by awe-inspiring cover artwork courtesy of Markus Vesper (DENIAL OF GOD, Manilla Road, Attic), FUNERAL STORM triumphantly prove that the past is alive...in fact, more than ever!