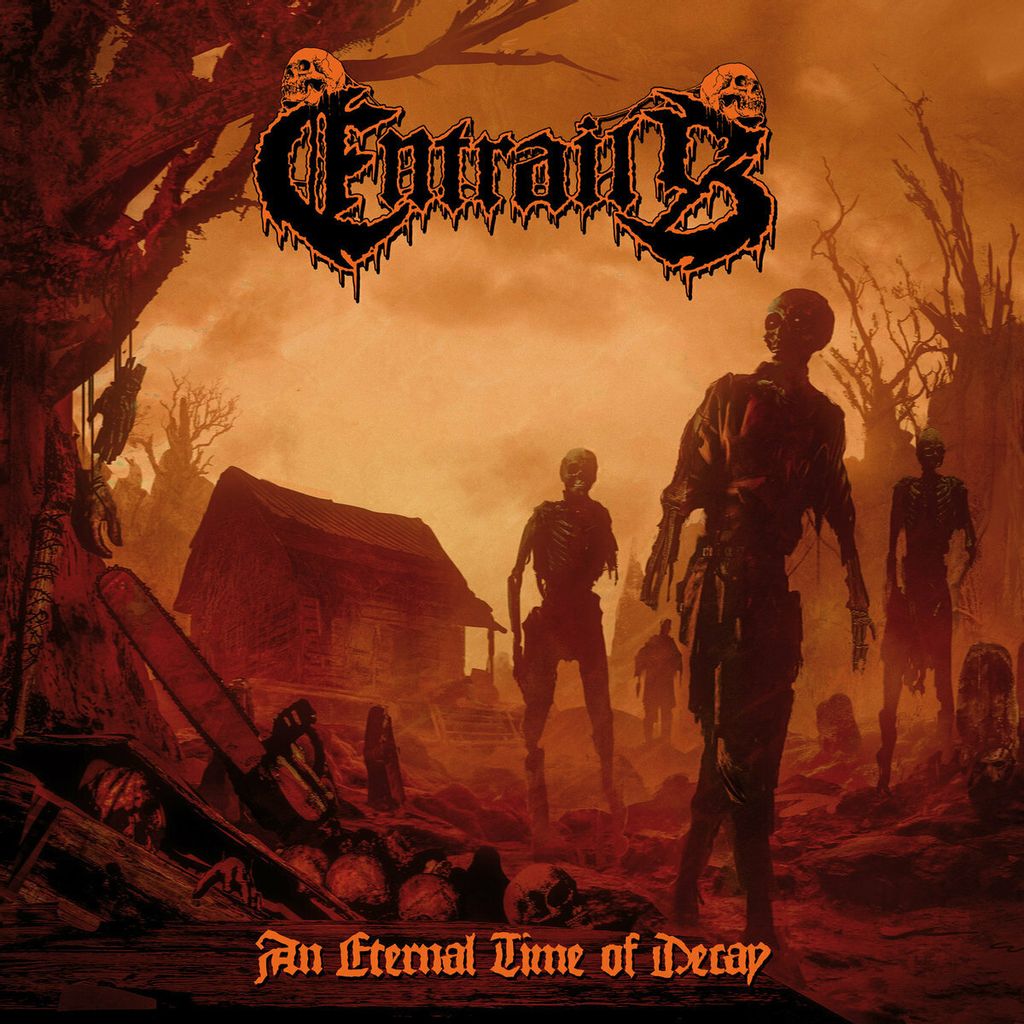 Hammerheart Records, black vinyl, Swedish Death Metal since 1990, may the HM-2 be with you! Although Entrails was formed in the early 90s, thus belonging to the "First Wave of Old School Swedish Death Metal", they resurrected in the year 2008 only to become an emblematic member of what can be rightly designated as the "New Wave of Old School Swedish Death Metal" in the following years. To begin with, the bands recordings always had convincing power and ambience but there is always room for improvement, right? "An Eternal Time of Decay" however marks a welcoming depart because it represents a much needed restart, with more elaborated and original songs incorporating as well a balanced technicality without losing old-schoolness. Entrails simply don't seem to care about the newfangled ways of doing things. They love their beloved genre and simply seek to honor it; hey, if it's not broke, why try to fix it, right? This music is unapologetically old school, very much in the same vein as bands like Grave and Dismember, and yet despite being about 30+ years after those bands' inceptions, Entrails succeeds at keeping a very raw spirit intact for this genre and these tunes. Fans of the "Stockholm sound" will instantly recognize the beautifully horrendous tones of the Boss HM-2 pedal turning every note to pure sonic mush... and for us fans, we're not complaining when we refer to it as such. Something about this offshoot of Scandinavian Metal is so beautifully ugly, and this band nails it. With this album, Entrails has finally managed to find its own style, mixing the horror movie themed riffs, which permeates its songs, while also rescuing much of the essence of what Old School Swedish Death is all about: a dark ambience with punkish blasting drumming, with also buzz-saw and down tuned melodic riffs all well blended with a respectable level of technical complexity. This is one of the best Swedish Death and Death Metal albums you have ever heard. The general arrangement and the placing of the songs are adequate and it feels cohesive.