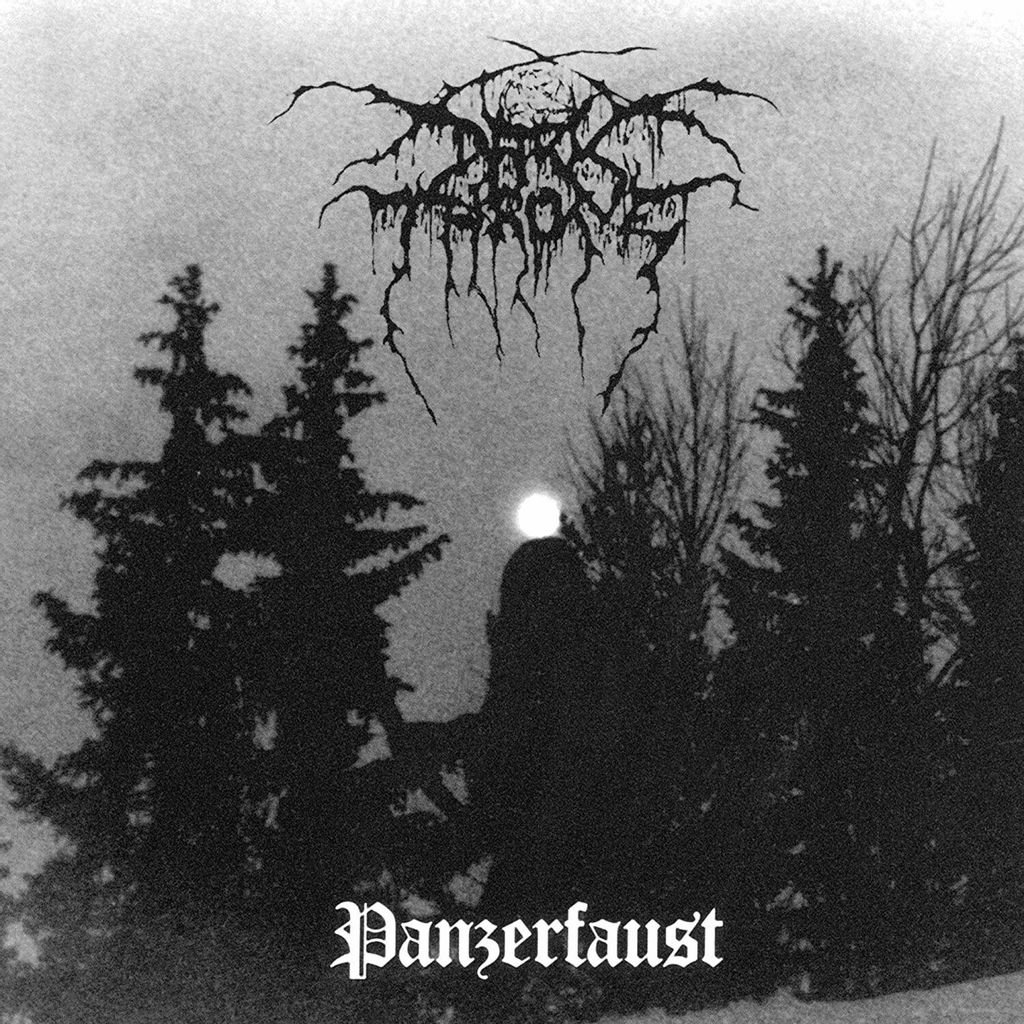 Panzerfaust, Darkthrone's fifth album was originally released in 1995 on the Norwegian label, Moonfog (the label previously owned by Satyr of Satyricon), The album was recorded similarly to their previous release, Transilvanian Hunger, in that it was written and recorded solely by Fenriz at his home Necrohell studio, with Nocturno Culto later adding vocals.

Panzerfaust was largely inspired by the works of Celtic Frost, a long time favourite of the Darkthrone guys, and also includes a couple of fast songs in the Bathory style, a follow-on to the faster tempo of the tracks featured on Transilvanian Hunger, Panzerfaust is also notable for including some of the most raw and primal vocals in black metal - completely well suited to the music on display and the misanthropic nature of the band at the time, With its feast of Frost-fuelled riffing, Panzerfaust is rightly hailed one of THE classic Darkthrone black metal albums, It also features lyrics written by Varg Vikernes of Burzum.

This vinyl edition is numbered and limited to 2000 copies and comes on 180gsm vinyl, The heavyweight sleeve and printed inner features new liner notes from Fenriz and the lyrics with a protective PVC sleeve.