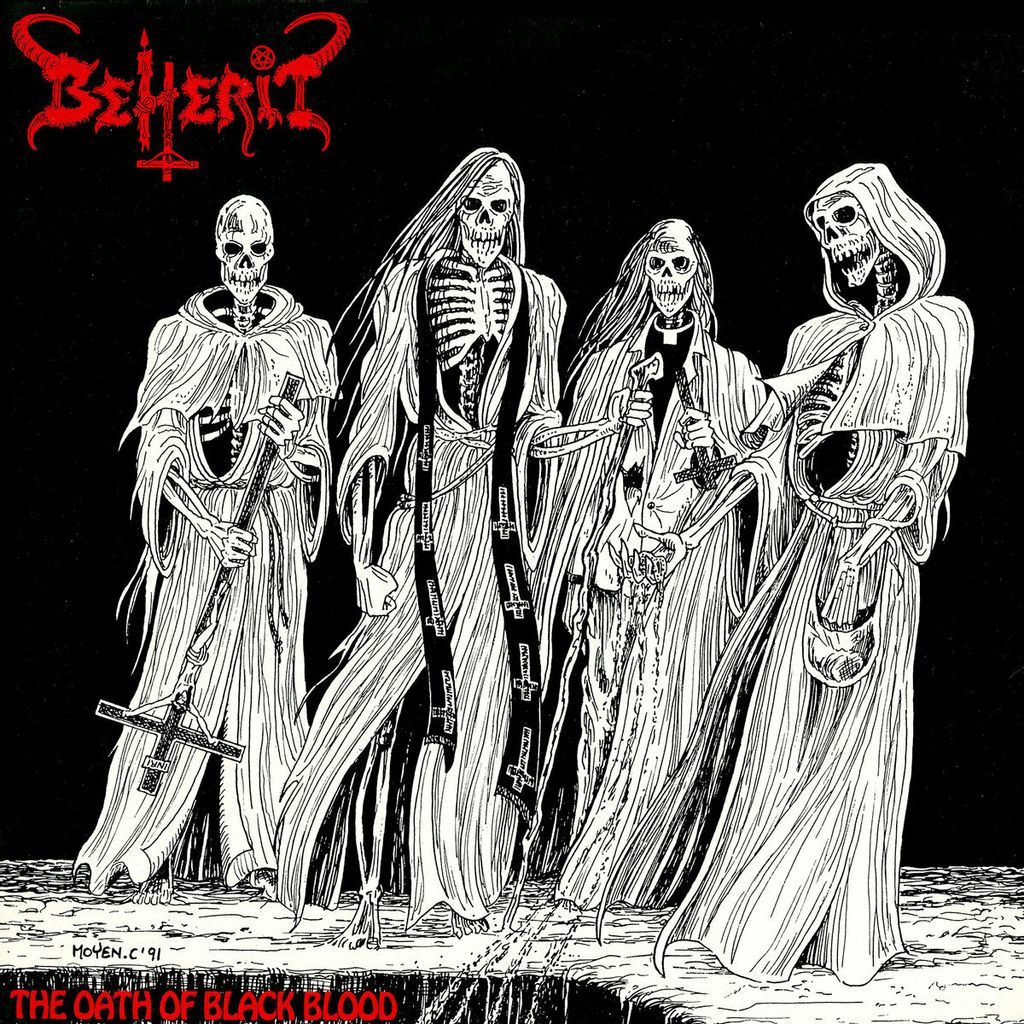 Nuclear War Now, Over the last 20 years, NWN! has released or reissued some of the most important works in the style commonly referred to as bestial black death. But until now, the label has never had the privilege of working with the legendary Beherit. NWN! is honored to release this definitive reissue of The Oath of Black Blood. Often regarded as the first Beherit album, The Oath of Black Blood is a compilation of Beherits Demonomancy demo and the Dawn of Satans Millennium EP, both of which were originally released in 1990. Beherit never intended for these recordings to be released as a compilation LP; a dispute with their label, Turbo Music, resulted in the labels unilateral decision to compile the earlier recordings rather than wait for a proper album of new material, as Beherit intended. Nevertheless, for many people, The Oath of Black Blood was their introduction to Beherit, causing many to assume it was recorded as a proper album. Both Demonomancy and Dawn of Satans Millennium represent inflection points in Beherits evolution. Just before recording Demonomancy, Nuclear Holocausto Vengeance received a copy of Blasphemys Blood Upon the Altar demo from Evil Ludo Lejeune, who was, at the time, running the Sarcófago and Blasphemy fan club. Hearing that demo was a revelatory experience for the young members of Beherit, and they immediately became possessed by the sound and sought to emulate it, though Beherit retained a distinctive element to their music. Just a few months after recording Demonomancy, Beherit returned to the same studio (the only studio in their small home town of Rovaniemi) to record the material for their first vinyl release, the Dawn of Satans Millennium EP. With that studio session, Beherit pushed beyond the influences of Blasphemy, Sarcófago, and other similar-sounding bands, achieving a darker, more atmospheric sound, featuring the use of more sophisticated intro and outro recordings, the first real appearance of Holocaustos whispered vocals, and a tighter performance than any previous Beherit recording. Beherit has shifted and evolved many times since then but, owing in large part to the 1991 release of this album, the bands legacy as one of the seminal bands of black metals second wave remains unaltered. This new edition of The Oath of Black Blood commemorates 30 years since the original release of these recordings.